'People You May Know!'

This week we are hoping that we can name more miners photographed in the 1940's. These men would have been born sometime between about 1900 and the 1920's. The photographs are taken by M A Keating for Mianraí Teoranta earliest date 1941 latest 1949. It is thought that they are most likely to have been taken in 1942 early in the the working of Ballynonty mine. 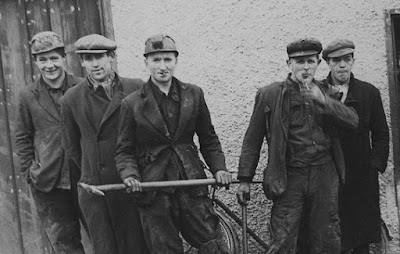 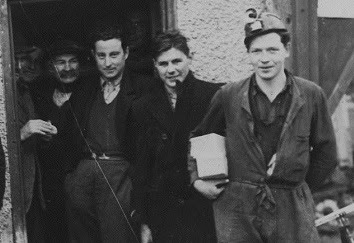 These two images are from the one photograph taken at Ballynonty. Paddy Brennan's daughter Magaret Brophy and Ned McGettigan's son Donie confirmed that these two men are their dads. This has us hoping that more men might be named.

We have no names for any of the men in the next two images, maybe you have wedding photographs of your parents or grandparents and you may recognise a face here. 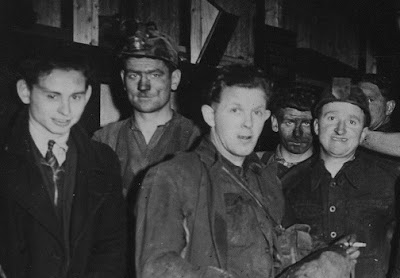 Another photograph taken at Ballynonty with no man named 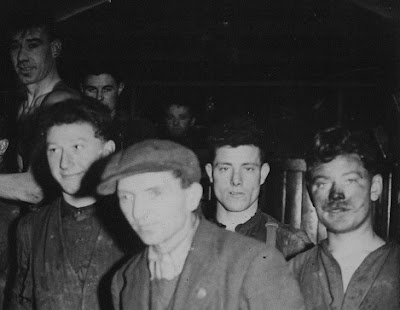 We have got so used to taking lots of photos of people and taking selfies now-days that even artificial intelligence suggests which of your friends is in a photograph. 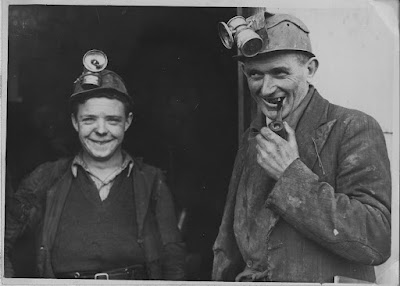 We still have no names for these miners from two generations

Even if you do not recognise any of these great men, you probably have photographs taken on film and printed on paper and probably nothing to do with mines or miners. Do your family a favour and name and date them for future generations. And if you can name any of the men please let us know!