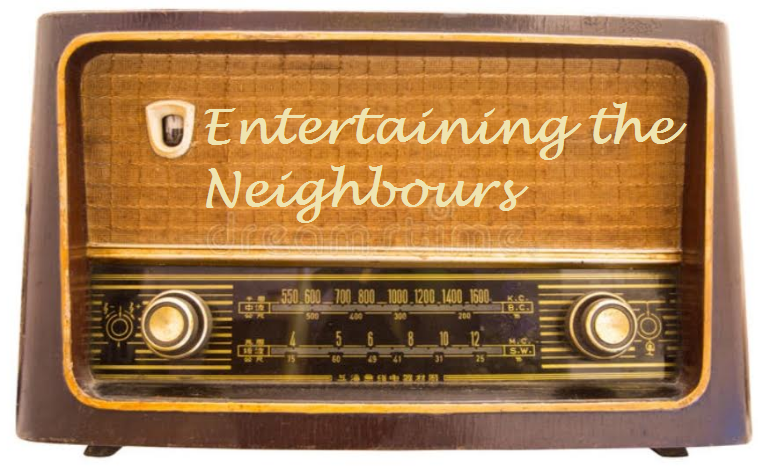 When I wrote about the house-dance I did not mention one aspect of it, and that was the threshing dance.  Before the days of combine-harvester, the corn was cut by a reaper and binder or even with a mowing machine, it was brought into the haggard and made into a rick, and left until the threshing engine came into the neighbourhood.

This threshing was an annual social occasion,with all the people getting together and helping each other with all the jobs that were necessary on this occasion. The men and boys did the various jobs in the haggard, whilst the ladies helped with the cooking and cleaning. Some threshings were completed in a day, and others took two to three days, but in most houses, when the threshing was finished and the engine gone to the next customer, the time was right for the threshing dance.  This was held in the kitchen or in some cases in the barn which was now empty after the threshing.  This was the origin of the ”barn-dance.”  This dance would continue until a late hour,and then next day there would be a repeat performance at the neighbours down the road, and this would continue for a week or fortnight until the engine moved out of the locality.

‍During the thirties the gramophone began to lose ground to a new form of entertainment called the wireless.  The name was a complete misnomer, as there were more wires than anything else in the early radios.  There were four wires to the dry battery, two to the grid-battery, two to the wet-battery, one to the aerial suspended between the chimney and a pole in the yard, and one earth wire going into the ground.

Special thanks to Eddie and Helen Moylan, who set up the Vintage Wireless Museum Listowel in the 1980's when old wirelesses were rare. Now nearly 40 years later the wireless radios and batteries are nearly all gone, but Eddie saw the importance of saving and sharing this heritage. The Slieveardagh Coalfield mining heritage is also being saved through the generosity of ex-miners and their families, and shared through the Tipperary Coalmines website.

The batteries lasted for three or four months, but the wet battery was a smaller version of a car-battery and had to be recharged every few weeks.  This meant a spin on the bike to Callan with the battery hanging on the handlebars, and if you noticed a line of holes burned along your trouser leg, you would know that some of the acid had splashed out of the battery on the way in.

Then you had to collect the battery in three days if you had no spare one, although most people had one, but still there was always a rush to get your battery charged in time for the All Ireland.  The first radios had no loudspeakers, only headphones.

This meant that only one person could ‘listen-in’ at any one time. On the day of an All Ireland match, the neighbours would collect at the house where the radio was, but they had to be content with the second-hand account of the match given to them by the person who had the headphones on, and this account was often coloured by how excitable a person was doing the local commentary.

Sean, if you go back five blogs to A Miner's Safety Equipment there is a piece on the Miner's carbide lamp and a photograph of one we got lighting in The Old School

Please allow a few minutes and refresh the page to see your comment.
Oops! Something went wrong while adding your comment. Please try again later.
62fc9e38a7ee78cc4836443b