A Short History of Coal Mining in The Slieveardagh Hills 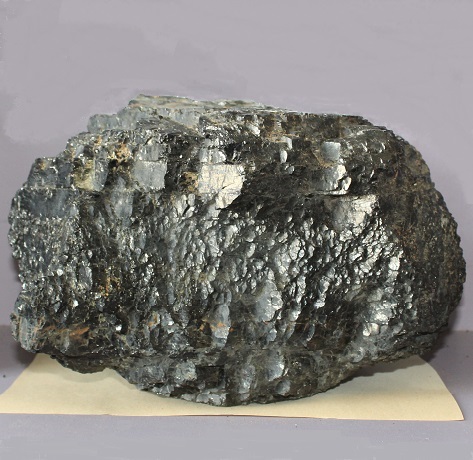 Anthracite from Graiguemane Mine extracted over 100 years ago

Mining is a cyclical activity.

The geological presence of coal or any mineral did not always lead to it being mined.

It is believed that the Danish settlers mined coal here in the 11th Century. There are records from the Civil Survey of 1554 stating that coal was being mined at Coolquill. It is estimated that in the early 1800’s there were 35 “collieries” in the Slieveardagh hills employing 1000 men so there was plenty of mining activity in the area but the coalfield was not well developed. In the late 18th century The Dublin Lead and Zinc Company was working Gurteen.

In 1824 an Act of Parliament was made to allow for and encourage the prospecting of mineral across Ireland. The Mining Company of Ireland was one of five companies formed that year. Many of its directors were Quakers, and one of its stated purposes was ‘the benevolent generation of employment for the Peasantry and Poor in general’. It was involved leasing rights and developing the infrastructure to mine minerals round the country.

It saw great potential in the Slieveardagh Coalfield as the coal lay under many different properties, there were some small ventures but many areas had not been worked. By leasing the rights to mine from the multiple landowners and investing in infrastructure above and below ground it would be able to exploit the whole coalfield, and worked collieries across the coal field for over sixty years including during the Great Famine and up till the late 1880’s. It built Mardyke Village - The first Mining Village in Ireland, built mine buildings and invested in underground drainage tunnels. Initially it leased rights at the southern end of the coal field then the northern end and eventually worked it's way through the middle of the coalfield.

By the late 1880’s the Mining Company of Ireland ceased to lease mining rights in the Slieveardagh Coal field. At the end of the 19th Century there were mines still working run by smaller companies or the individual land owners.

In 1919 explosives were not available and mining in the area almost stopped completely.

In the 1920’s and 30’s, coal extraction in the area was from small mines called bell or basset pits. In the Slieveardagh Coalfield there are geological faults, and the seams of coal outcrop to the surface in places. Where outcrops occur, the coal is relatively easily to reach. Many families dug small mines on their land. These pit mines were called bell or basset pits. A basset pit was dug with a cylindrical vertical shaft, the lower part being conical in order to reach a larger surface of coal. The interior would be supported with props of timber but it was not safe to dig too far under the ground and when water was met the pit would be abandoned. When a new pit was started the waste stone and muck was then filled into the previous pit. Over these years small, often family run enterprises operated for short times, often just producing enough coal to sell locally or for their own use. On 19th century maps of the area hundreds of small pits are marked, they are often in rows that followed the coal seam. In the central area of the coalfield a few families kept working basset pits up till the 1980’s.

In 1941 Mianraí Teoranta (Irish for, literally, “Mines, Limited”) was established as a semi-State company. This was just five years before the establishment of bord na móna, our other semi state fuel company. Mianraí Teoranta acquired rights to mine coal in Slieveardagh in 1941. Two areas of the coalfield were worked over its 11 years, Ballynunty and Lickfinn in the south and Copper or Clashduff in the eastern or Ballingarry side of the coalfield. By 1951 the mines were operating at a loss and they sold on the rights.

In 1952 Tommy O’Brien bought the mining rights from the State and for over 20 years. Throughout the 1960’s his Ballingarry Collieries (Production) Ltd. was the biggest employer in the area working Clashduff initially and then opening the mine at Gurteen in 1957. In 1962 the company also opened a mine at the southern end of the Commons known locally as ‘The Spa’, the working conditions there were very difficult the mine was often flooded, mining ceased there after only 12 months. In 1969 an effort was made to develop opencast sites both in Knockanglass and Ballyphilip, approximately 35 and 15 acres respectively, leased from local farmers. Both were abandoned after less than 12 months in operation. However despite all the investment and efforts the Company went into receivership and was operated as such for four years. Liquidation came in September 1972, and the mine continued to be pumped until August 1973.

Tommy O’Brien made a final attempt to keep coalmining alive in 1977 when he reopened Lickfinn which had closed in the 1940’s. Some of the Gurteen miners spent eight months with Tommy clearing the old workings and drainage level. He was unable to secure support for this venture from the government. Shortly after then Tommy O’Brien moved from the Slieveardagh area and set up a business operating plant machinery with his three brothers. He died in a workplace accident in 1979.

In 1978 mining rights to the area were leased by an ex-employee of Tommy O'Brien's Pat Keating and his partner Gilbert Howley operating as Kealy Mines. Kealy Mines reopened Lickfinn Mine, using the one track crank or entrance going deeper to the lower seam, they invested in clearing the old adit or underground drainage tunnel. They worked until 1982 when the pumping needs of the deep mine and the high proportion of poor quality coal became uneconomic and they closed.

IDA funding and the dramatic rise in coal prices caused by The Oil Crisis brought a Canadian based public company Flaire Resources to purchase the lease under the name Tipperary Anthracite Ltd. Coal prices had raised from £10 a ton in 1971 to £160 a ton in 1982. Flooding remained a constant problem and by 1985 both were gone into liquidation.

The last Commercial attempt to exploit the coalfield was with Emerald Resources in 1989 acquired a lease for 20 years, they were based at Gurteen and set up the site for grading coal but were gone within two years.

The heritage of the Slieveardagh Coalfield that this site is focusing are the human histories and the colliery sites where some of the mine buildings are still standing in 2021, both the older 19th Century mines or collieries and the 20th century ventures.

Welcome to the first visit in our Virtual tour of the Slieveardagh Coalfield.

For each visit we have a short history of the colliery or site and the specially recorded video of our tour guide Michael 'King' Cleere on location. We tour our way through the area from the 1820's to 1989.