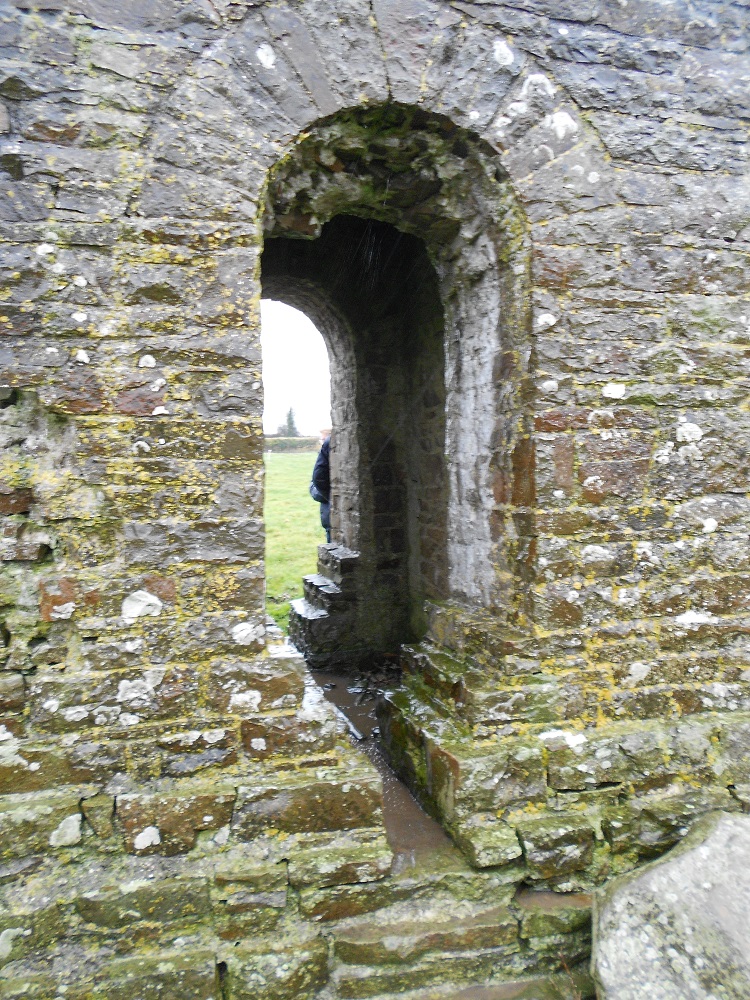 Arched entrance at the base of the ventilation shaft

Copper Steeple is just south of Ballingarry Village beside the R691 road on the Kilkenny to Cashel Scenic Driving route. It is neither a steeple or has anything to do with the mineral copper.

Copper Steeple is a ventilation shaft or chimney and is in the townland of Copper built during the time The Mining Company of Ireland was working the Slieveardagh Coalfield.

Copper Steeple is a four sided 29.3 meter or 96 foot tall chimney. It was built from local stone in 1863 by highly skilled local stone masons Edward and Michael Kenny of Curraheenduff, Coalbrook, known as ‘Kennys the Masons’. Their skill is evident in the perfect interior line of sight upwards to the sky. The east and west faces of the chimney have arched entrances to the interior of the chimney.

Copper Steeple was never connected underground to the colliery workings. Records tell us that shaft sinking machinery was en-route to Ireland but that the ship carrying the machinery sank. There ground is solid below the chimney, no shaft was ever dug and there is no soot or burn marks on the interior of the chimney so no fire was ever lit.

Ventilation shafts worked like house chimneys, a fire would be lit inside the base of the shaft or chimney. The hot air from the fire would rise, create a draught, and result in it drawing up and away the impure air from the working mines below the ground.

Chimneys that are on the Historic maps but have since been taken down were at Foilacamin, Newpark (aka Gloune/the Glown), and Boulea (pronounced Buaille/ “boolya”).

Copper Steeple, built in 1863 stood through the rest of the 19th century and all the 20th Century and is still standing in the 21st century after all the mining activity has ended.  Over time it has become a type of folly, and is the landmark structure of Slieveardagh Area.

This mine site is on private property and is not open to the public. Derelict buildings can be dangerous, please do not trespass.