Lickfinn Mine: The Final Years of Commercial Mining 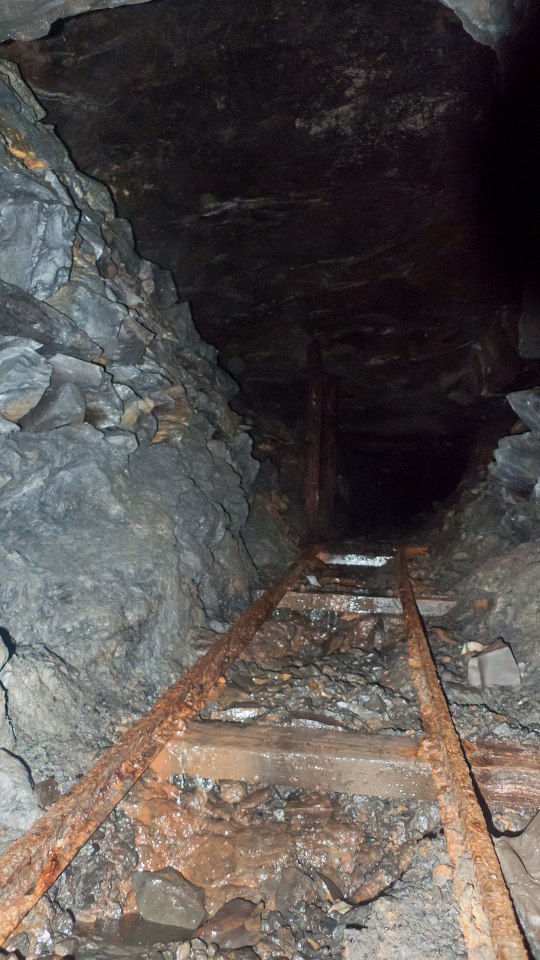 View down the single track crank at Lickfinn 2013

Lickfinn Mine was first opened in the 19th Century. Also known as Young's mine had been operated by Mianraí Teoranta in the 1940's. The ground had not been worked for over 30 years when Kealy Mines Ltd acquired the lease to that part of the coalfield and reopened the crank. It was the last commercial mine in the Slieveardagh Coalfield.

Kealy Mines was established in 1978 by Patrick Keating and Gilbert Howley, the name being a combination of their two surnames. Patrick Keating had previously worked for Tommy O'Brien. Gurteen had closed six months before the Oil Crisis and it was hoped that the reopening of mines in the area would not only bring employment but that the increased retail cost of coal would make it a profitable return to mining and bring some prosperity to the area.

30 years earlier Mianraí Teoranta had worked the No 2 seam. Kealy Mines were going much deeper to the No 1 seam seam. They employed 50 people.

They reopened the original one track crank or entrance used by Mianraí Teoranta and dug deeper to the 19th Century Lickfinn drainage adit (underground tunnel) that still exits at Ballynonty.

The old shaft or crank (Mianraí Teiranta's mine entrance) was  about 40° and went down 700'. The crank at Gurteen was much steeper at about 80°.

It took six or seven months to clear the old shaft out and make it safe. Work started in 1978 and the men received £10 a shift, there were three shifts, the day, the evening and the back shift and the men changed shift each week.

Michael Morrissey was one of the miners employed, and he got an unusual task in the first phase of reopening the mine. He recalls the event for us:

They met the Mining Company Of Ireland's Lickfinn Drainage Level or Adit, it used gravity flow to take the water away from the workings. The level still drains water from all across the coalfield. Lickfinn shaft is a couple of miles away from the mouth of the adit at Ballynonty.

They broke through the adit, dammed it on both sides, piped the water and carried on down at 45° and had gone another 40' when bad weather came bringing a huge volume of extra water. It came along the level and up and flowed over the dams. The water was only draining slowly down the level, and now with the extra volume it was building up and coming back.

Michael recalls 'we had three or four submersible pumps that pumped 10.000 gallons a minute- if you stood in front of it (the water) it would knock you.'

They made a 50' sump for the excess water but soon even with the help of the pumps it too was full.

'The underground staff said to the manager you'd be better off closing it down now and waiting for the good weather to come... It was going down slowly but it was blocked below at the level. There were breaks down in the level and no one could get to it so someone suggested I go down and come up through it, I had a good bit of experience with mining and was handy like, I'd fit through a place where a big lad would get caught.

So the next morning Michael Morrissey and his trusted friend Mickey Russell went on the mine lorry down to the adit or Duggans Level exit at Ballynonty.

We went into the level, and we went along and there was a big heap of stones down..... you'd get through, some of the O'Brien's men had got through, (at the time when Gurteen Mine was working) I could see where they had left their hand prints on the wall in the 'miar'- the stuff that comes off the water in a flood it was real yellow like mead. We had to plough through that for 2 miles ..... we got to the main breach and there was a rock down that I suppose was 30' long by 10'  thick, it came down and shut the level off...

Michael realised that this was probably the blockage that was causing the water to back up at Lickfinn. The water meeting this rock had washed a deep shore or sump out behind it.

'I had a rope on me and Mickey was back about 30' just in case I walked into a sump or something- he'd have something to pull back on.'

So Mickey came up along and up onto the rock keeping hold of the rope and Michael went down into the water to the bottom of the sump.

'I went down to the bottom of it and there were five props in it, mining props.. road legs and they were about 7' or 8' long and they were stuck in the shore, the five of them wedged in holding the water, and I pulled them out and the last one I pulled out took me into the shore with the force of water, it was all built back up along... millions of gallons.... I caught the rope and I got out of it...

The roaring water going through the tunnel filled it to the roof, the men sat on the rock for about an hour and a half recovering and watching the water level go down. They then carried on clearing all the way up to Lickfinn. The water was hitting them in the face, Michael was caught at the back of his neck and in the chest but they ploughed on and eventually came out at the new opening at Lickfinn. Now the water went down the adit and away from the workings.

This extremely hazardous task was recalled by Michael Morrisey in the modest way and with the great visual memory that the miners from Slieveardagh Coalfield have. Mining was a very unsafe and difficult job, the men looked out for each other and every day their workplace brought more unknown dangers.

The water from the new working was pumped up just 260' to the adit and did not have to be pumped up 960' to the surface. The mine was worked by Kealy Mines up until 1982, when the cost of pumping and the high proportion of duff or poor quality of coal used up their remaining capital and they ceased working the coalfield.

Michael 'King' Cleere worked here and describes how excess water got into the mine workings, and the problems it caused.

Flair Resources, a Canadian based public company trading as Tipperary Anthracite Ltd bough up the operation hoping that the rising cost of anthracite caused by the Oil Crisis would yield them good profits. Coal cost £10 a ton in 1971 rising to £160 a ton in 1982.

By 1983 80 people had been employed with the help of IDA funding, but flooding was becoming a major problem, and weeks were lost in down time. Their pumping equipment did not match the volume of water entering the mine.  In December 1983 Tipperary Anthracite went into liquidation, Flair Resources following in 1985. Large debts were left behind and an enquiry was established to examine the commercial and financial state of affairs of the company.

In 1989 Emerald Resources acquired a State Mining Lease for 602 ha of the Slieveardagh Coalfield. The lease was for 20 years and they were based at Gurteen but after 2 years they were gone, ending any further commercial mining in Tipperary.

All the mine sites are on private property and are not open to the public. Derelict buildings can be dangerous, please do not trespass.