Mardyke Colliery and The First Mining Village in Ireland 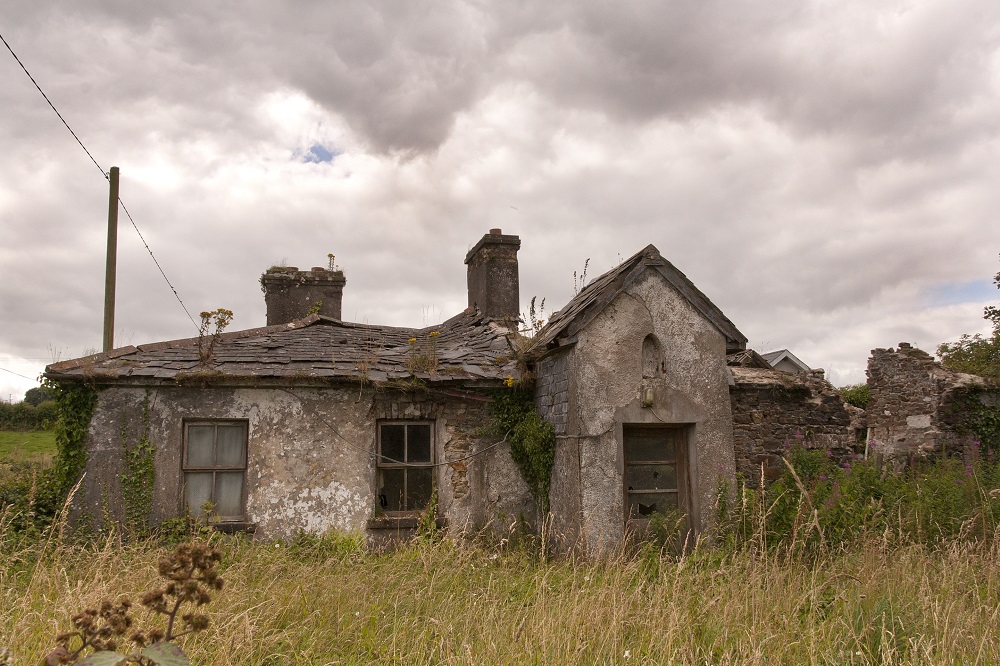 Mardyke, is situated at the southern end of the coalfield.The Mining Company of Ireland leased the mining rights at Mardyke in 1826. It built the mine buildings and operated the colliery, and also built houses for the miners making Mardyke the First Miners Village in Ireland.

In 1827 the steam engine house, the ruins of which are still standing was built. This is a tall building as would have housed a huge steam engine. We are told it was not used for hoisting coal but for pumping water out of the mines. This water would have been channeled away into the local watercourses and on to the river.

Near to the engine house is a chimney. This chimney is cylindrical, the square indents all the way up are the anchor points for the wooden scaffolding that was used when it was being built. It was probably a ventilation shaft, bad air is a major problem when mining. A furnace would have been installed at the base of the chimney and kept lit to draw the impure air up from the workings below.

Building Mardyke Village started in1827, within five years the Mining Company of Ireland had built twenty five good slate roofed miners houses. The building of the police barracks and a school gave it the status of a village and by 1848 there were 33 houses in the village and many more in the surrounding area. There were three streets in the village, Puddle or River Street, Middle Street and High Street. The primary Valuation of Tenaments for the area 1848 records the following family names as occupiers of the houses : Carroll, Condon, Delaney, Gleeson, Gorman, Hackett, Heffernan, Hogan, Hunt, Morris, Pemberty, Power, Russell, Rochford, St John, Stapleton, Sweeny and Walsh.

Even though the infrastructure was impressive the miners life was very hard and there was a miners strike at Mardyke in 1828.

In 1833 the miners met poor quality coal made up of 70% culm, the main use for the culm was in lime kilns and mining ceased full time.

This is not unusual in mines and surveys would have continue to explore ways of reaching better coal and a new shaft was driven at Mardyke in the second half of 1834.

We don’t know when mining finally stopped at Mardyke, but it was still working in 1849 as it was still mentioned as a source of ‘solid coal and less duff than elsewhere’.

The school building is still standing but it is in private use, there is a new house on the site of the police barracks. Some ruined gable ends and walls are still visible and Middle and High street can still be made out, The ruin of the mine manager’s house on middle street is still standing, it has deteriorated with time but the slates on the side of the entrance porch show the quality and detail put into the build.

Michael 'King' Cleere takes us on a visit to Mardyke Colliery