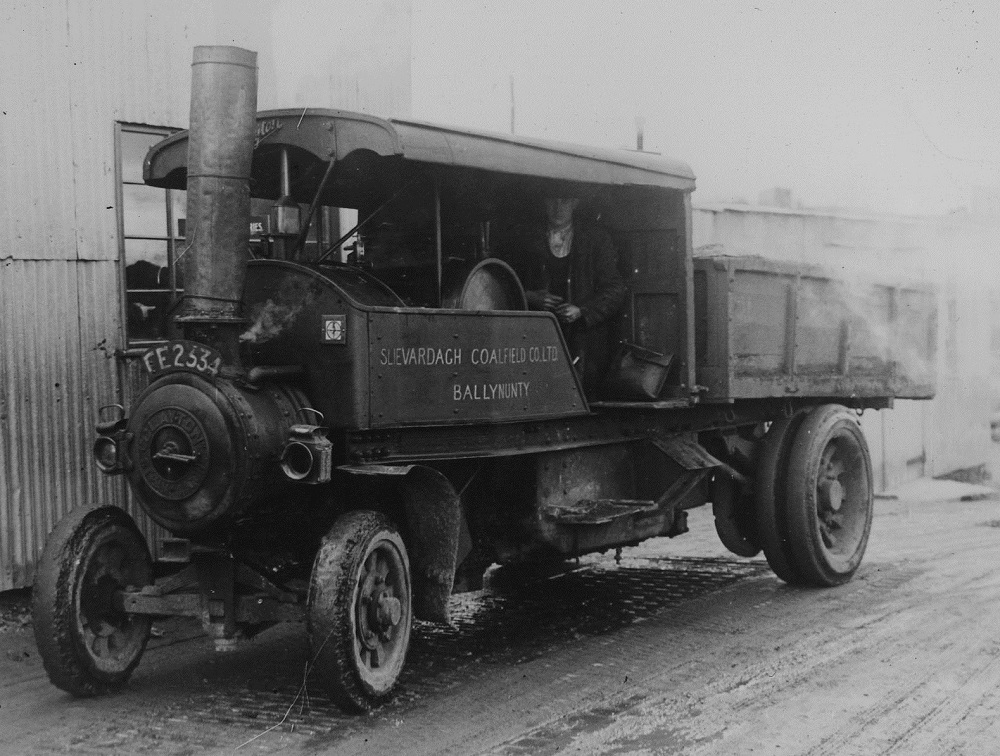 Mianraí Teoranta (Irish for, literally, “Mines, Limited”) was established as a semi-State company in 1941and acquired the rights to develop the Slieveardagh Coalfields under the authority of the Minister of Industry and Commerce. The Slieveardagh Coalfield Development Bill, 1941 was introduced in the Daíl and passed on April 3rd 1941.

A text from Lanespark School in the Killenaule for the Irish Folklore Collection ‘Schools’ Folklore Scheme’ (1937 to 1939) gives insight into the governments’ involvement in and lead up to the opening of the mid 20th century mines in the area. The writer speculated that there was 92 million tonnes of coal to be mined in the Slieveardagh coalfield and that an extension of the railway should be made from Laffinsbridge to Ballynunty where the coal ‘could be carried to any part of Ireland over the railway system’.

A mine was opened in Ballynonty in August 1941 employing up to 100 men. The manager was a man named Mr. McGlucky from Scotland.

Three inclines (mine entrances) were used at Ballynunty to provide access to underground workings that extended 2km north to Lickfinn The company also reopened the mine at Lickfinn and worked both during the war years but they became were uneconomic and they were abandoned in favour of the Copper Basin in Ballingarry in September 1948.

There is only the spoil heap (stone taken out of the ground to reach the coal and piled on the surface) and the ruins of the manager’s house still at the Ballynonty mine site.

During 1941 and 1942 the development of Ballynonty Mine was documented by Clonmel photographer M A Keeting. But for this we would have little recorded history of this era of mining in the area.

This semi-State company was formed five years before Bord na Móna which also provided employment in the Ballynonty area. Both Ballynonty and Lickfinn or ‘Young’s Mine’ were worked during the War Years, but by 1948 these had become uneconomic. The whole operation then moved to the Copper Basin in Ballingarry

M A Keating also recorded the opening of the mine in Copper Basin in 1948.

The relocation took some months as they had to move the entire operation, including buildings, machinery etc. This new mine was initially known as Copper Colliery, (a townland name, nothing to do with the mineral copper) then to avoid confusion renamed Clashduff Colliery (the local townland name) and finally in 1949 became Ballingarry Colliery. The government continued to manage the Slieveardagh Coalfield until the lease was sold to Tommy O’Brien in 1952 trading as Ballingarry Collieries (Production) Ltd.

Michael 'King' Cleere visits the site of a mine opened in 1941 by semi-state company  Mianraí Teoranta and then moves on as they did to Clashduff.