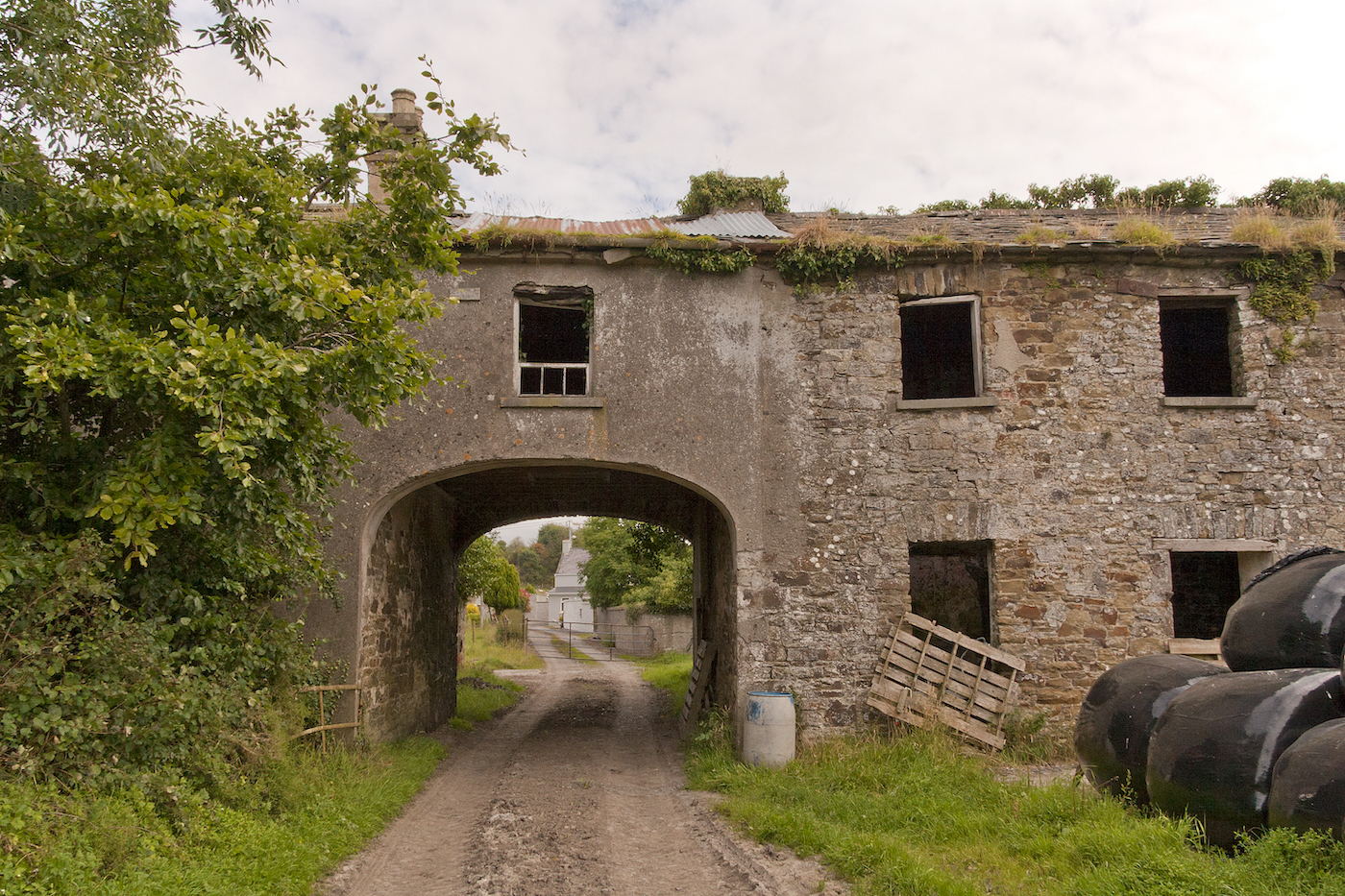 By 1835 The Mining Company of Ireland began to acquire leases to mine coal in the north of the coalfield. It developed and worked The Commons Colliery till the late 1880's.

In 1837 Samuel Lewis documented that there were 100 newly built houses in the Ballingarry area inhabited chiefly by people connected with the mines.

The population kept growing, the census of 1851 recorded that The Commons was the most populated village in the area.  The school built in 1877 for the local children, many from mining families, is now used as a community centre and Old School Mining Museum and is a good two story building.

The ruins of the engine house and two shafts, possibly one for bringing up coal and the other for pumping water and  are all still on the colliery site.

The Colliery manager’s house and living quarters, an office, a blacksmiths, and other small workshops or houses are also still here, mostly in ruin.

Michael 'King' Cleere visits the site of The Commons Colliery. Here he observes that like Mardyke The Commons was also a mining village.

The Commons Village is home of The National Flag Monument, the flag is raised every morning and lowered each evening.

During the Young Irelanders' Rebellion of 1848, colliers from the Commons and Ballingarry joined the insurgency. In response to the situation the Mining Company of Ireland, fired a quarter of the workforce, and put the rest on half-time.

The company's half yearly reports from 1842 on recorded that there was too great a quantity of unsold coal, more culm than coal was being purchased by farmers for lime kilns. In 1844 the miners were on a four day week with full pay but from 1846 to 1852 (during the great famine) there was very little demand for coal. The miners involvement in the Young Irelanders' Rebellion gave the Mining Company of Ireland an excuse to fire a quarter of the workforce and reduce the remaining workers hours. It seems that they did not need the miners to work as they had more product than they were able to sell. In 1853 Guinness's bought coal from the Mining Company of Ireland and the Colliery and miners did work on, with the Commons Colliery abandonment plan dated 1887.

Men from the Commons Village worked in the Slieveardagh Coalfield right up to the closing of the last mine. The Commons village prospered with the miners pay keeping several shops and pubs, a petrol pump, a small cinema and a local bakery all operational alongside the village blacksmiths forge and local creamery.

At the close of the last mine many of miners then travelled daily to work in Silvermines at the other end of the county or found work in England.