Dancing the Culm and Culm Balls 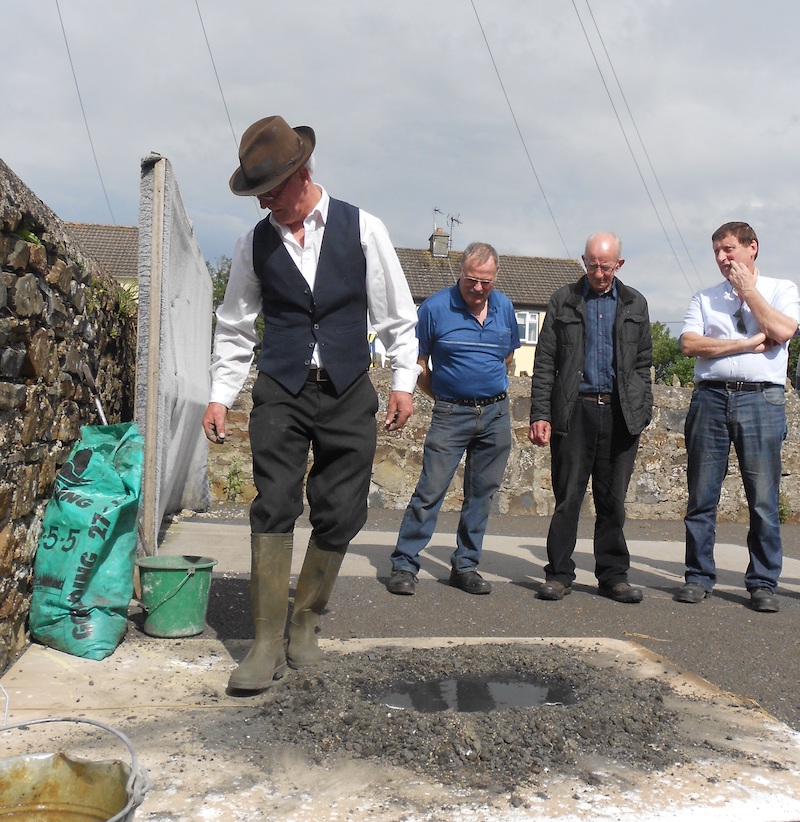 Coal was costly to buy even directly from the mines, culm balls were a much cheaper homemade fuel commonly used in the Slieveardagh area. Culm Balls were the primary fuel for most household fires used both for heating the dwelling and for cooking on and over, see ‘The Miners Kitchen’. The culm balls burned hot and the small deep fire grates were designed so there was a deep layer of slow burning fuel. The fire could be raked down in the morning, and rekindled by adding more culm balls.

When miners extracted the coal it was sent to the surface. Before it was sold it was cleaned of muck and stone and graded or sorted by size. The biggest pieces of coal were known as Nuts, then Beans, smaller again Peas, then Grains, and finally Duff or Culm.

Duff is not an Anglicised version of dubh (black) as it was being used in Colliery reports in England. The Oxford dictionary states that duff is 'Coal in the form of small particles and dust: small coal, slack. Also duff coal'.

Two references to Duff from the time of the working mines are:

Duff or Culm could be sourced from the collieries, or collected from the streams and river banks where it was washed out from the mine workings. Where the coal seams were close to the surface culm was also was a product of the much smaller Bell Pit or Basset Mines. There were basset mines; usually family enterprises across the Slieveardagh coalfield, much of what they mined was used in their own households or sold locally.

The duff or culm was mixed with Yellow Clay and water to make Culm Balls. Yellow Clay is also found across the area, and worked as a binding agent to make the coal dust into a lump of fuel that would easily burn on an open fire. If a farmer had yellow clay on his land he would often allow other families to bring a cart of good clay to his land in exchange it for a cart load of the sticky yellow clay.

Culm ball were usually made during the summer by hand or using a culm ball shooter. Annually whole families including the children who generally remember enjoying the activity made the fuel for their own use treading the mix, making the balls and drying them to store for the winter. If a horse was available a large quantity of culm and clay could be prepared by walking the horse on the mix.

Unlike the mines in England where women often worked on grading and sorting the coal no women worked with coal at the mines in Slieveardagh. However many woman worked hard converting the culm and yellow clay into Culm Balls each summer for use during the next year. They would make them for their own use, and also work for other people. Presentation Convent in Ballingarry used Culm Balls as their main fuel and annually a large group of local women spent two full weeks making culm balls for the next year. Local landowners and big farmers also employed groups of women making culm balls.

From Culm, Clay and water to Fuel: 'Dancing the Culm'

The Miners Kitchen installation Heritage Week 2018 was a community project organised by the Slieveardagh Mining Interest Group at The Old School, The Commons. This group project was designed and built round a replica grate of the type used for burning culm balls, made by ex-mine worker Paddy O’Connell. Local artists, carpenters, and homemakers designed and constructed the basic kitchen hearth walls and dressers. Then a callout was made to the greater community to loan furniture and objects that would have been found in a miner’s kitchen up until the 1960’s. Many interesting family heirlooms were included in the installation for the duration of Heritage Week.

One of the weeks popular activities were the culm ball making demonstrations where anyone could try their hand at using a culm ball shooter. Culm balls made during the week can be seen to the right of the grate dried and ready for use. 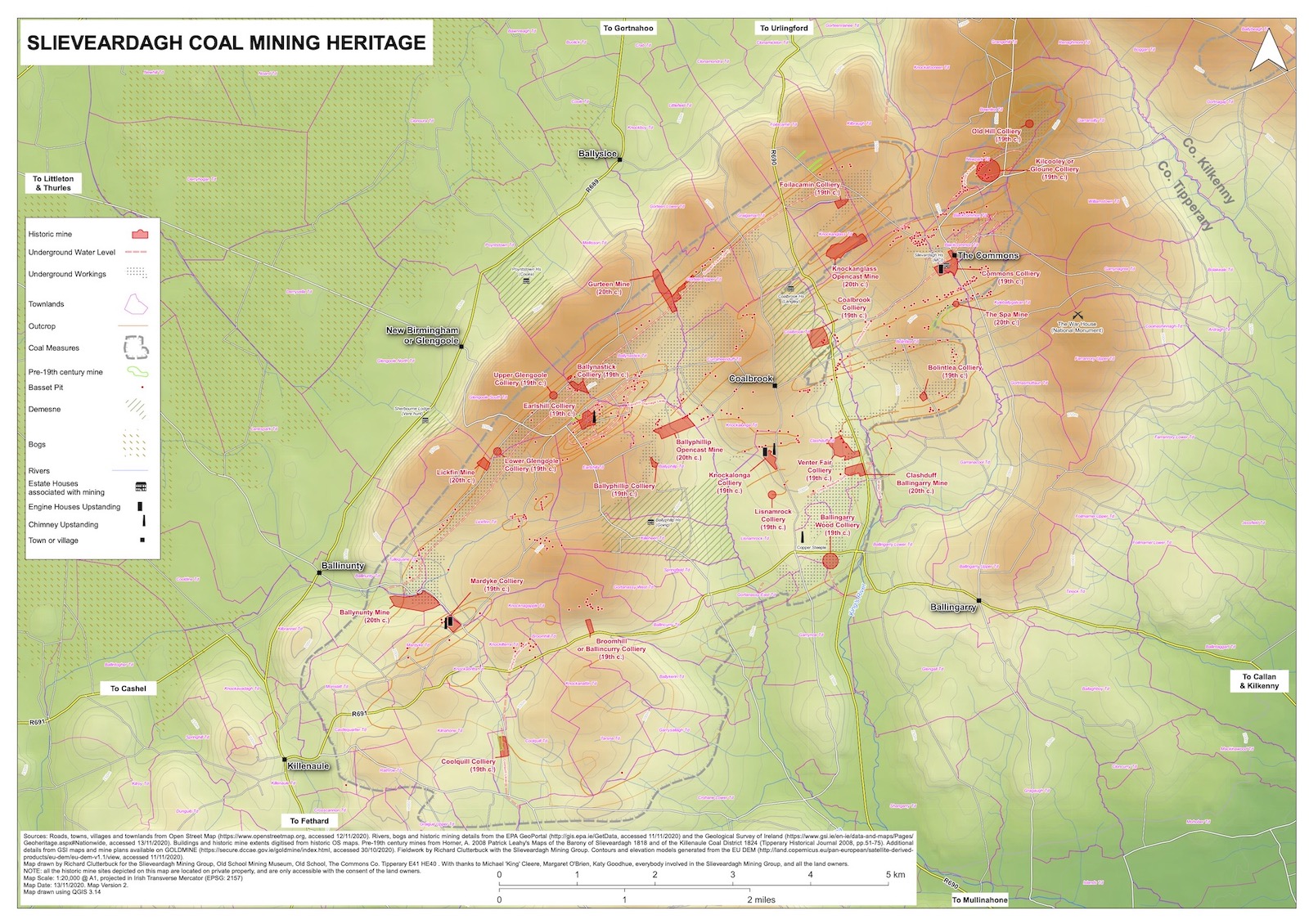